Alzheimerâs disease first identified by German neurologist âAlois Alzheimerâ is characterized by progressive mental deterioration that can affect the ability of the person to fully work or socialize. A specific set of physiological changes in the brain happens when nerve fibers surrounding the memory part of the brain become tangled and the information is no longer carried properly to the brain.Â 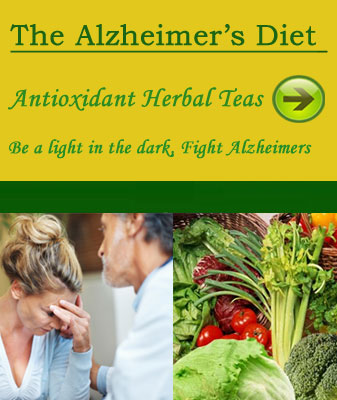 Many health problems happen because of immune system disorder which can trigger the body to attack its own tissues. Powerful immune system protein called âcomplement proteinâ has been found around plaque in the brain of people who died from Alzheimerâs. Some experts believe that the complement protein that normally help to clear the dead cells start attacking the healthy cells in people with Alzheimerâs. They also believe that this cell degeneration results in accumulation of amyloid. Researchers believe that beta-amyloid is the key to memory problems. Although amyloid by itself isnât highly toxic, it can trigger dementia and its presence can trigger the release of complement proteins causing a vicious cycle of inflammation and plaque deposits in the brain.

- Organic ginkgo biloba acts an antioxidant and can increase blood flow to the brain. According to a report published in the American Medical Association, ginkgo biloba extract can improve and stabilize the social problems in people with Alzheimerâs.

- Consume a well-balanced diet that includes lots of fiber and raw organic fruits and vegetables.

- Drink plenty of water (at least 8 glasses a day) and avoid tap water that may contain aluminum, fluoride and chlorine.

- Avoid alcohol, cigarettes, pesticide ridden foods and processed food, and keep in mind that smoking doubles the chances of Alzheimerâs and dementia.

- Avoid pesticide ridden foods and genetically modified foods that have been linked to Alzheimerâs and switch into organic.

- Studies have also linked that chemicals found in green tea and red wine can lower the risk of dementia and could stop brain cells from dying.