In the last few years soy has been added to an alarming number of products in our food supply. Soy is often times promoted by food companies as healthy or nutritional.

More than 99% of soy in the US has been genetically modified. Many independent research and studies have been warning the public about the side effect of genetically modified organisms. In laboratory rats that were fed GMO soy failed to grow normally.

Soybeans have large quantities of âantinutrientsâ and enzyme inhibitors that can block enzymes like trypsin needed for protein digestion. Soy beans also have haemagglutinin that promotes clot in red blood cells. Both âtrypsinâ and âhaemagglutininâ are growth depressant compounds and antinutrients that promote failure in growth. Â

Soy beans have also high amounts of phytic acid that can block essential minerals including iron, copper, magnesium and calcium in the body. As a matter of fact, vegans who consume soy beans or tofu instead of meat or dairy products are at a higher risk of mineral and vitamin B12 deficiencies. Soy beans also have goitrogens substances that can suppress and effect thyroid function.

What is Soy Protein Isolate?

For many years, the food industry has been trying to get the antinutrients out of the final product. Soy protein isolate (SPI) is the key ingredient that exists in all soy foods and products including soy milk and many famous infant formulas.

Soy protein isolate doesnât grow on its own and itâs a factory made product of soy beans mixed with an alkaline and acidic solution for removing fiber and other ingredients. Since aluminum tanks are washed with acid, high levels of aluminum end up in soy protein isolate. 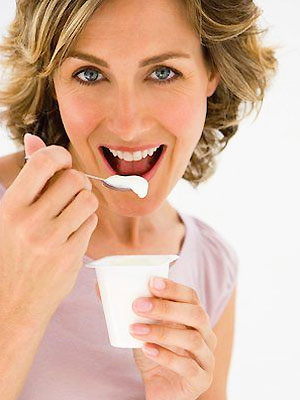 Different carcinogens are also formed during the chemical process. For example during the alkaline process toxin such as lysinoalanine is created and during spraying-dying process carcinogen like nitrites are formed. Other toxic additives like MSG, preservatives and flavoring are added to soy protein isolate to stimulate the flavor of meat.

The independent studies show that soy protein isolate (SPI) can increase the deficiencies in vitamins like B12, E, K, D and minerals such as magnesium, calcium, manganese, copper, iron, molybdenum and zinc.

However, despite all of harms associated with soy, soy protein isolate are extensively used in fast food products, sugary beverages, processed foods and even lunch programs at our schools.

What is soy lecithin?

Soy lecithin is one of the top 10 most popular additives and preservatives in processed foods.

Lecithins are oily compounds that naturally exist in soybean plants. Soy lecithin is used in many processed foods because of its emulsification properties. For example, soy lecithin improves the stickiness and raise of dough in bakery. Soy lecithins are escorted either mechanically or chemically from soybean oils. Soy lecithin has been known to increase allergies. Soy lecithin is also refined oil made from soy oil driven though a chemical process hexane. Â

Every year more than 80 million dollars are spent on marketing soy and supporting and strengthening its position in our food supply. I have to say that the food industry has done a remarkable job pushing soy into most items you find in a supermarket ranging from bread, hamburgers, lasagna and taco to milk, candies, ice cream, cookies and chocolate bar.

Good marketing strategies, exciting packaging and huge advertising fund have made soy very popular. Because of these misleading marketing campaigns many consumers believe that soy prevents prostate cancer or osteoporosis. Thatâs why consumption of GMO soy milk is popular even in middle age men and women.

Despite all the advertising by the food industry, the truth is that soybeans and other products of soy have isoflavones compounds that are very similar to estrogen. In fact soybeans have dangerous levels of plant estrogen. Excessive amount of estrogen can stimulate the growth of cancer cells in women.

Some consumers also believe that soy milk for example can reduce the chances of osteoporosis. But how can soy prevent osteoporosis when it can block calcium and vitamin D and result in nutritional deficiencies? Some people use the argument that Asians who consume soy have lower rate of osteoporosis or breast cancer.

Itâs true that Asians have lower rate of breast cancer but they also have higher rates of pancreas, stomach, thyroid and liver cancer and soy has been known to cause digestive cancers like these in laboratory animals.

Also, the main reason on why Asians have lower rate of osteoporosis compared to Americans is that Asians consume lots of seafood including fish, lard, miso soup and shrimp that has plenty of calcium and vitamin D. The fact is that soy can cause vitamin D deficiencies and insufficient amount of vitamin D will unable your body to absorb calcium which in long term can cause osteoporosis.

Studies have shown that rates born from mothers that were given GMO soy were born below normal weight and 56% died within few weeks after being born. The study on rats fertility declining once they were given GMO soy, is quite comprehensive and conclusive.

Another study in 2000 indicates that baby boys born from vegan mothers were at higher risk of hypospadias. Mothers should also be aware that many famous infant formulas have high amounts of GMO soy in them.

Bottom line is that despite all the money that the food industry spends to market soy as healthy and nutritious, soy has enzyme inhibitors that can interfere with protein digestion. Soy also can cause mineral and vitamin deficiencies, block thyroid hormones, cause thyroid cancer and block normal estrogen and promote breast cancer and infertility.
Soy could also clot red blood cells, cause vitamin D and calcium deficiencies and increase the risk of osteoporosis.

Soy could also cause vitamin B12 deficiencies especially in vegans and soy foods have high levels of aluminum that can cause damage to kidney, liver and nervous system.

You have to be aware of the marketing scam of the food company because soy can be found under different names likeÂ hydrolyzed soy protein (HSP), mono-and di-glycerides, MSG (monosodium glutamate), soy lecithin, soy protein (concentrate, hydrolyzed, isolate), soybean oil and Teriyaki sauce. Consumers should be aware that soy might also be sold under other names since the food industry changes the marketing names all the time. Â