The early symptoms of Parkinsonâs disease are mild to moderate tremor of hands, muscle stiffness and slowness in movements. Later on the symptoms could expand to loss of appetite, muscular rigidity, impaired speech, inability to walk or move, depression and dementia. The exact cause behind loss of brain cells or inability to produce dopamine are unknown up to this day. However studies have shown that accumulation of environmental toxins and heavy metals can lead to loss of brain cells.

In fact, Parkinsonâs disease can develope when liver is unable to filter toxins out of the body. Environmental pollutions and toxins such as accumulation of pesticides, chemicals, herbicides and other contaminants in our food and water supply can also lead to Parkinsonâs disease. Keep in mind that prevention is always easier than cure. Here are the following herbs that can help to detoxify the body:

- Mullein, ginseng, cayenne and goldenseal can cleanse the body and stimulate the lymphatic system

- Licorice, red clover sarsaparilla and hawthorn can cleanse the blood. Yellow dock also cleanses the blood and detoxifies the liver

- Catnip, lemon balm, passionflower, skullcap, valerian roots and black cohosh can help to calm the nervous system and nourish them 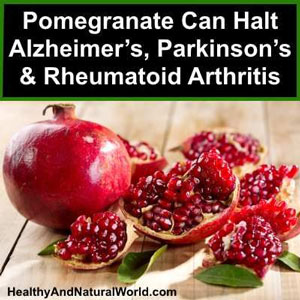 There are no cures for Parkinsonâs disease, however changing your diet, physical acitivity and surgery are among the treatments that are often recommended.

- Green smoothies made with organic fruits and vegetables are really beneficial and can help to reduce the risk of Parkinsonâs disease. Itâs important to have a diet that includes 75% raw organic foods, grains, seeds, nuts and raw milk. Include foods that have amino acids and phenylalanine such as wild salmon, Brazilian nuts, lentils, chickpeas sesame seeds, pumpkin, pecans, almonds and lima beans. Reduce your animal protein intake and replace it with beans, organic rBGH free yogurt, organic poultry and tofu. The best diet for people with lower immune system and chronic diseases is a diet that includes superfoods and organic raw fruits and vegetables.

- The amino acids in protein rich foods can prevent levodopa from reaching the brain so do not eat foods high in protein at the same time that you are taking levodopa.

- Levodopa drug might not be as effective on its own and might even cause side effects such as hallucination and paranoia.

- People with Parkinsonâs disease have have high levels of lead and aluminum in their brain. Avoid canned foods or cooking in Teflon cookware that could contaminate food with aluminum. Also if your work or hobby requires you to be exposed to aluminum or lead, always wear personal protection equipment such as face mask, gloves and protective clothing.

- It might be beneficial to take iron and antioxidants supplements. In a case study, a group of people with Parkinsonâs disease who were given 3,200 international units of vitamin E and 3,000 mg of vitamin C had significantly lower progression of the disease.

- The free radicals often damage the dopamine-producing brain cells and antioxidants that fight them. Studies suggest that when people are healthy taking high dosages of antioxidants could stop developing Parkinsonâs disease.

- Physical therapy that includes a wide range of passive and active movements could also help normal muscle tone and function in people with Parkinsonâs disease.

- Surgical procedures might also be recommended for people with Parkinsonâs disease. The surgeon uses the electrical current to destroy the area of the brain that is causing movement problems.